Multi-Platinum, GRAMMY® and Dove Award winner Michael W. Smith releases his first new song in three years, “A Million Lights,” today from Rocketown Records and The Fuel Music. World premiering last month on SiriusXM The Message and going for adds now at Christian radio everywhere, the song is available to download or stream at outlets like iTunes, Amazon.com, Apple Music, Spotify and other digital providers internationally. 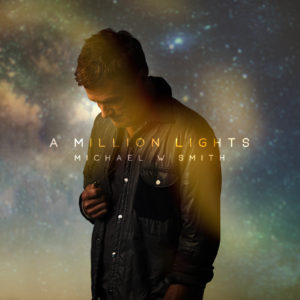 “I don’t recall being this excited about a single in a long time,” says Smith. “I’m very happy with how ‘A Million Lights’ has turned out and am anxious to get it from my studio out into the world! I believe the message of this song will be inspiring to everyone who hears it.”

With multiple sellout crowds experiencing the song live on Smith’s 20-city Revolution Tour this past spring, “A Million Lights” is also the first new song to be revealed from his upcoming, full-length studio album that is in production now. Slated to release early next year, the new album (title to be announced) will release from Smith’s Rocketown Records, as well as through his newly formed marketing and distribution alliance with The Fuel Music.

Fans who heard “A Million Lights” on SiriusXM and on the recent tour are also responding to this new music on Smith’s Facebook page: “It’s a whole new level of greatness!” exclaims Catherine as Stephanie agrees, “Love this new song…I can’t wait to hear it again.” “I loved it live,” adds Ken while Jo Ann exclaims, “Wow! I love your new song. It’s beautiful! I’m so glad I was tuned into The Message.” Laura relates, “You and your music are such a blessing to this world!” and Sam says, “Great Song! Woke the House up with it this morning.”

For all the latest Michael W. Smith news, tour dates (including his upcoming 22-city 2017 Christmas tour with Amy Grant and Jordan Smith) and more, go to www.michaelwsmith.com and connect through his socials.