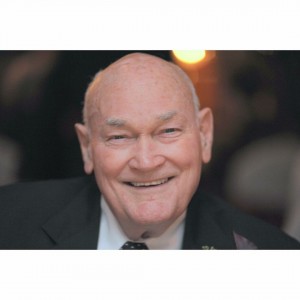 Paul Whitaker Smith went to sleep on November 20, 2015 and woke up in Jesus’ arms. He was 82 years old. Born in Kenova, WV, he was the devoted son of Elmer and Mary Smith.

Born in the house his grandmother built, he played football and baseball at Ceredo-Kenova High School for the CK Wonders. However, the greatest wonder of his life was falling in love with Barbara Ann Spradlin. The fourteen-year old girl caught the eye of this sixteen-year old boy, but he waited to date her until he graduated so as not to “rob the cradle.”  It was a convenient relationship, as she lived across the street. After seven years of courtship, they were married January 11, 1957.

As a member of First Baptist Church of Kenova from 1957-1994, Paul devoted himself to serving as a deacon and singing in the church choir, lending his baritone voice to a number of solos over the years. He was lovingly nicknamed “Saint Paul,” chaperoning countless youth choir trips for his own children and so many more.

Whether it was coaching baseball, serving as a deacon at his church, chaperoning “New Generation” choir tours, or serving the homeless at Room in the Inn, Paul had the most generous servant’s heart one could find. People who met him received much more than a meal and a handshake. Paul truly loved people, serving them deeply and intentionally. More than just a coach, Paul was a mentor to countless young men who needed a Christ-like influence.

A 37-year employee of Ashland Oil, he moved in 1994 to Franklin to be close to his family. For the past 22 years he remained right in the middle of his family, just as he always had. As his new home was under construction, Paul supervised every board sawed and every nail hammered. The house remains one of the best built in the neighborhood.

Paul had a nickname for everyone he knew and adored, including his two children he lovingly referred to as “Bubs” and “Suze.” If Paul knew you long enough, you were sure to receive an affectionate nickname too.

Far greater than the adoration he had for his family, church, friends, and even strangers, Paul had an incredible, unmatched love and heart for Jesus.

A lover of music, baseball, building, and people, you may honor Paul by supporting Rocketown, Adoration Hospice, and Church of the City.

Friends and family visitation will be 4:00-7:00 pm on Monday, November 23rd.  Open-to-the-public Celebration Service will be at 2:00 pm on Tuesday, November 24th at Church of The City.